And that’s a wrap! The SC General Assembly just adjourned for the 2019 legislative Year but not before we solidifed a BIG WIN on clean energy.

That’s right. Yesterday, the Senate unanimously passed the Energy Freedom Act bill and today the House agreed with Senate changes. The bill is now headed to the Governor’s desk where he’s expected to sign it into law. 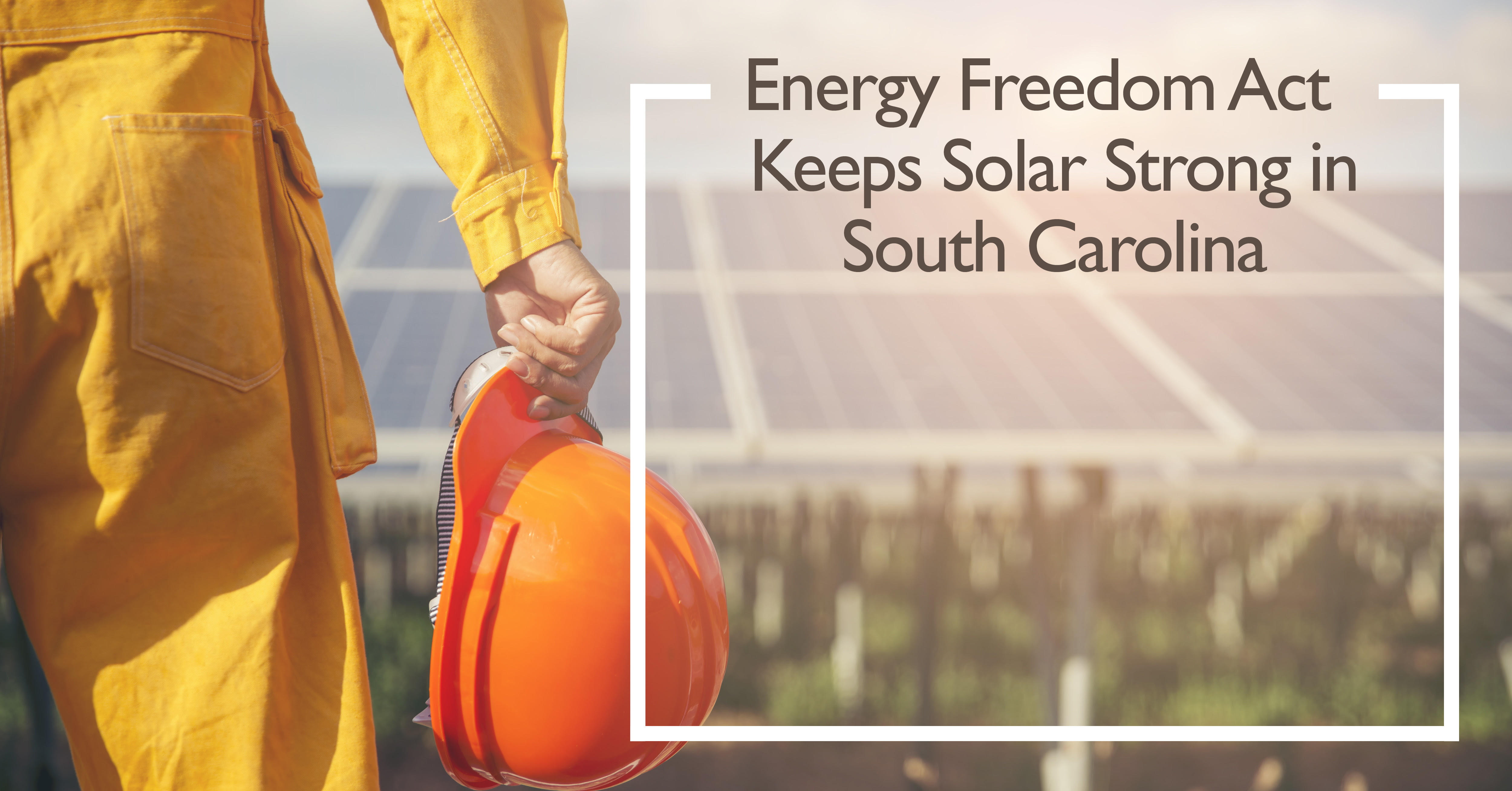 The Energy Freedom Act is a big win for the future of solar energy in South Carolina.

This is a huge deal. With the clock running out on solar, the General Assembly took steps to ensure that the sun continues to shine on solar in the Palmetto State. In the end, there were THREE unanimous votes from the House and Senate. Unanimous votes don’t happen by accident; they happen because conservation voters like you call, email, and write your legislators and tell them to take action. Well…they listened. Thank you!!

As you can imagine, John, our Executive Director, is on cloud nine with me about this win, sharing:

And to brag on our team a bit, the role we played was pretty intense. As mentioned in this Post & Courier article, the CVSC team made over 1 million voter contacts through mail, phones, door-to-door canvassing, and digital ads to get us to this point. Pair our work with that of the 25+ partner groups that made this effort happen, and you can see why we’re so excited about this news.

You can read a bit more below about what this bill does and stay tuned in the coming weeks for what’s next on clean energy.

Here’s what else happened this session:
There’s a quick summary and details for each topic:

Over the summer, the legislature will work to finalize the budget and address any vetoes from the Governor. But other than that, any legislation that didn’t become law will be on hold until the General Assembly reconvenes in January (because this is the end of the first Year of a two-Year session).

We’ll be paying attention to a number of issues over the summer, including the continued debate around the future of Santee Cooper and what role clean energy plays in those conversations, discussions about continued land protection efforts, local and federal efforts to stop offshore drilling, flooding, and shoreline protection issues. So, even though the legislature is done it looks to be a busy rest of the Year!

So to wrap it up, we did exactly what we set out to do this session – advance good legislation and protect the state from harmful environmental rollbacks. It’s been a roller coaster of a session but, looking back, it’s been a successful one.

Thanks for helping make all of this possible!

Back to all News